Spinal Muscular Atrophy (SMA) is an inherited neuromuscular condition that affects the nerve cells (motor neurons) in an area of the spinal cord called the anterior horn. Because the nerves are damaged, the muscles don’t receive signals from the brain correctly and so become wasted, or atrophied.

This muscle wasting can lead to problems with breathing as well as with movement (motor) activities such as crawling, sitting, walking, feeding and head control. Intelligence is not affected – indeed, many children with SMA appear to be particularly bright.

People with SMA have a missing or mutated gene (known as SMN1, or survival motor neuron 1) that produces a protein in the body called Survival Motor Neuron (SMN) protein. A deficiency of this protein affects the health of the motor neurons, causing them to shrink and eventually die.

SMA varies a great deal in severity – sometimes it is clear almost immediately after birth that something is wrong, while in other cases symptoms don’t become obvious until the teenage years. Because of this, it is traditionally separated into different “types” corresponding to different levels of severity and classified according to motor milestones reached. Broadly speaking, individuals with Type I never sit, those with Type II never walk, and those with Type III walk but may lose the ability later on in life.

Type I
Type I SMA is also called Werdnig-Hoffmann Disease. The diagnosis of this type is usually made before 6 months of age, often a lot earlier. Some mothers even notice their baby is moving less in the womb in the final months of pregnancy. Usually a baby with Type I is very “floppy” and is never able to lift his/her head or accomplish the normal motor skills expected in the early months of life. They are never able to sit up unsupported.

Type II
Most cases of SMA Type II are diagnosed by 15 months. Children with this type can sit unsupported when they are placed in a sitting position, although they are often unable to reach that position without help. Some children with this type may be able to stand with the aid of assistance or bracing and/or a standing frame.

Type III
Type III SMA is also known as Kugelberg-Welander Disease. It is much more variable in age of onset: diagnosis before the age of 3 is not uncommon, but some children may not show significant symptoms until adolescence. People with Type III SMA often achieve early motor milestones normally and can stand up on their own and walk, although it is often noticeable that they fall more frequently and have difficulty running or getting up from the floor. Most will gradually lose the ability to walk as they get older.

How is SMA inherited?

Humans have 46 chromosomes in each cell in their body. These are arranged in 23 pairs. One chromosome in each pair is inherited from the mother and one from the father. 22 of the pairs are identical in males and females, and these are known as the “autosomes”. The 23rd pair consists of the two sex chromosomes, which determine the sex of the child.

Conditions described as “autosomal” are those in which the defective gene (mutation) that causes the disorder is located on one of the 44 chromosomes other than the two sex chromosomes. Autosomal conditions affect both males and females equally.

If a condition is recessive, that means that it will not usually cause any symptoms in people who have a normal copy of the gene as well as a defective one, because the normal copy is able to compensate for the defective one. This means that people can be “carriers” of the disease without knowing it. The mutation may be passed from parents to their children, but the child will only be affected if both parents pass on a mutated copy of the gene.


When an individual affected by an autosomal recessive condition has a child, that child will of necessity be at least a carrier of the condition, since the parent has no “normal” copy of the gene to pass on. But if the other parent is neither affected nor a carrier of the condition, the child will receive one normal copy of the gene from that parent and so will not be affected themselves. This means that the majority children born to people with a recessive condition are not affected. If the second parent happens to be a carrier, there is a 50% chance that the couple will have an affected child. If both parents are affected, all their children will be affected too.

The clinical spectrum of Spinal Muscular Atrophy (SMA) means patients often require comprehensive, multi-disciplinary medical care. In December 2016, the first treatment for SMA, called nusinersen and marketed as Spinraza™, was approved in the USA. Though this is hugely positive, it is widely acknowledged such treatments are not a cure and must be provided alongside the best possible supportive care and management in order to achieve better quality of life and improve life expectancy of individuals with SMA.

The first international guidelines to detail best standard of care (SOC) was published in 2017. The guidelines which cover five areas of care (Diagnosis and management, pulmonary care, nutritional, orthopaedic and rehabilitation and palliative care) was published in an effort to address the differences in medical practice, increase healthcare providers knowledge and to set a baseline standard for future clinical trials. The guidelines were successful and widely adopted by clinicians, patient representative and pharmaceutical companies.

In 2016 twenty-six experts from nine countries and patient representatives convened in Naarden for a European Neuro Muscular Centre (ENMC) International workshop2. Experts agreed many aspects of care for infants and children with SMA have dramatically improved since the 2007 publication mostly, with respect to orthopaedic management, nutrition and respiratory support. There were also new aspects of care which were not included in the original article and evidence of improvement in the natural history of all the SMA types. Considering this it was therefore decided an update of the consensus statement was required.

Updated 2017 Standard of Care for SMA

Following the ENMC workshop the multidisciplinary committee of international experts worked to provide a two part update of the topics covered in the previous 2007 recommendations. The update addresses nine key areas of care, including new topics such as, acute and emergency care, medications and the involvement of other organs. You can access the updated care recommendations here:

Part 2: Diagnosis and Management of SMA; Pulmonary and acute care; medication; supplements and immunisations; other organ systems; and ethics.

TREAT-NMD are delighted to announce the publication of the ‘Guide to the 2017 International Standards of Care for SMA’. Clinicians, academics, health care professionals and patient representatives from Spinal Muscular Atrophy UK, Cure SMA, SMA Europe, Muscular Dystrophy UK and TREAT-NMD have used the 2017 care recommendations, to work together to produce a current and comprehensive medical guide for people with SMA and their families.

We are sure the community will find it a valuable resource to ensure the very latest in medical care standards are accessible to all people living with SMA.

The first version is written in UK English but will be translated into as many languages as possible. We need your help to do this, if you are interested in volunteering please click here or email Clare Bradley or Paul Willard for further information.

Finally, we would like to extend a very gracious thank you to the authors of the scientific articles for peer reviewing the content and to the target audience reviewers for your extensive feedback.

If there is anything about the guide you love or would like to see changed please share your thoughts here – this will help us to improve subsequent versions.

Please contact Education Coordinators Clare Bradley or Paul Willard if you would like the A5 file for high quality professional printing.

Overview of therapeutic approaches for SMA

Information on current best practice in care for people with spinal muscular atrophy (SMA) is provided in the SMA care standards section of this website. This research overview section aims to inform patients and their families about the approaches currently being investigated for the possible future treatment of SMA – therapies that are currently still at the laboratory or clinical trial stage. It discusses the strengths and limitations of each approach. These factors need to be carefully assessed before the alternatives described here can be implemented clinically.

Many developments are taking place in the therapeutic approaches in SMA. This is a dynamic and promising field but as a detailed account of progress is outside the scope of this short review we provide a general overview of present investigation into SMA.

TREAT-NMD is working closely with the pharmaceutical companies planning trials in neuromuscular diseases. The resources and expertise available through the network can make it much easier for companies to do trials, and many of the doctors involved in the network are principal investigators for the trials that are currently ongoing. 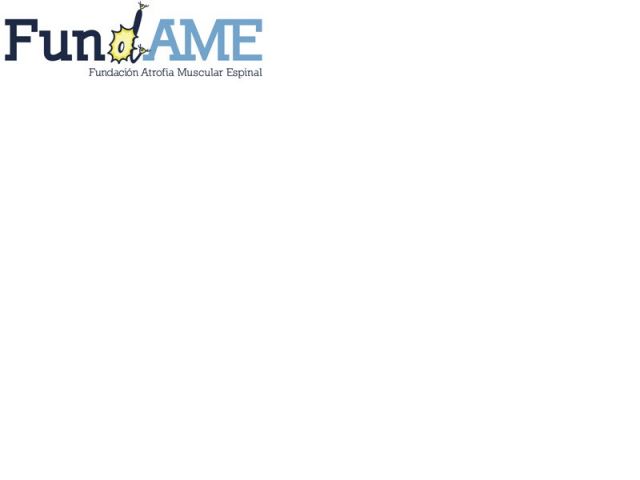 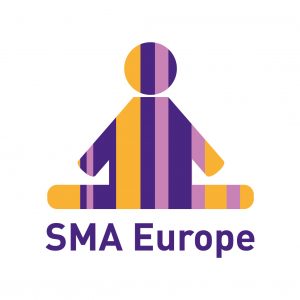 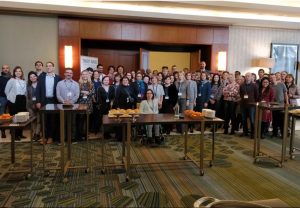 The availability of standardized operating procedures (SOPs) to unify experimental protocols used to test the effects of new treatments in animal models is a step that will undoubtedly improve the comparability of studies from different laboratories. SOPs are not meant to be mandatory but are designed to be a point of reference and should not prevent innovation and further improvement of the existing protocols. To ensure reproducibility and quality, each SOP has been drawn up by a group of independent researchers (listed in each protocol) and is updated on a regular basis.

TREAT-NMD supported the workshop dedicated to the creation of a collection of SOPs for SMA animal models, where 30 key researches from Europe and North America presented and discussed the parameters most commonly used to assess drug efficacy in SMA mouse models.

Mapping the differences in care for 5,000 Spinal Muscular Atrophy patients, a survey of 24 national registries in North America, Australasia and Europe
Published : January, 2014