GNE myopathy is an inherited muscle condition where GNE is an abbreviation for the mutated gene (UDP-N-acetylglucosamine 2-epimerase/N-acetylmannosamine kinase). Several other names have been used to describe the same condition: Hereditary inclusion body myopathy (HIBM) for the characteristic features of inclusion bodies, in microscopic examination of muscle biopsy; Distal myopathy with rimmed vacuoles (DMRV) as the condition usually starts with weakness of distal muscles in the legs and rimmed vacuoles are typically seen in muscle; Nonaka distal myopathy as Dr Nonaka was the first clinician in Japan to recognize and describe the condition; Quadriceps-sparing myopathy as the large muscles on the top of the thigh remains strong while other leg muscles get weak. GNE myopathy was originally describe in Israel and Japan, but is a world-wide disorder that exists in many countries and in different ethnic populations. GNE myopathy is a rare disease with approximately 1 patient in 1 million people world-wide.

GNE myopathy leads to weakness and wasting of muscles in legs and arms. First symptoms usually occur in young adults (usually in the third decade of life), but a later onset has also been observed in some patients. Initially, increased tripping and a steppage gait are often noted because of foot drop. The condition gets worse slowly, and also leads to weakness of proximal leg muscles with difficulties climbing stairs or getting up from sitting, and weakness of the hands and shoulder muscles. However, quadriceps muscles typically remain strong even in late stages. Severity and rate of progression are highly variable even within families, but GNE myopathy often leads to disability and loss of ambulation at later life. The heart, the respiratory muscles and the speech and swallowing are usually not affected by GNE myopathy.

The inheritance of GNE myopathy is autosomal recessive. Both parents are usually unaffected (carriers), but can pass on a defect copy of the GNE gene (a mutation) to their affected child. Mutations are spread across the entire length of the gene, but some mutations are recurring in certain populations, so-called founder mutations. Therefore, the entire GNE gene should be analysed for mutations by sequencing if GNE myopathy is clinically suspected and the patient does not belong to known ethnic cluster.

GNE codes for an enzyme that is critically involved in the generation of sialic acid in the cell. Sialic acid is a modified sugar moiety that gets incorporated into a large variety of glycoproteins and glycolipids. Some scientists believe that insufficient levels of sialic acid get produced and less attached to muscle glycoproteins/glycolipids in GNE myopathy thereby leading to dysfunction and degeneration of muscle cells. Mouse models with genetic defects in the GNE gene were generated and will help to understand the link between defective gene and the muscle disease. A potential avenue to develop therapies for GNE myopathy is to replenish sialic acid or its precursors, thereby bypassing the defective enzyme. Trials of such approach are ongoing.

Please download the GNEM-DMP Patient Brochure for further information on GNE myopathy, patient organisations, the international registry and much more.

Advancement of Research for Myopathies – United States of America 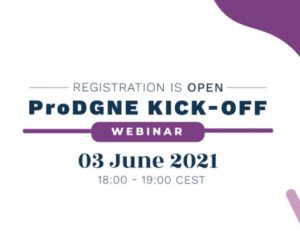