All congenital muscular dystrophies affect the muscles. Some also affect the brain. This means some children have muscle weakness involving all muscles but have normal intelligence, while others may have muscle weakness and learning difficulties. In some cases the involvement of the brain can also cause seizures. Learning difficulties may be mild, moderate or severe.

Babies with congenital muscular dystrophy often appear “floppy” (this may also be described by doctors as low muscle tone or hypotonia). Contractures (tightness) in the joints – the ankles, hips, knees and elbows – is also common. The contractures can sometimes be severe and affect several joints. This is known as arthrogryposis. Some babies may also have respiratory problems because their breathing muscles are weak. In some children who do not have contractures, the first problems may only be noticed after a few months when the child does not reach their motor milestones at the same age as other children and difficulties in holding the head up or delay in learning how to sit unaided, stand or walk are noticed.

An overview of the common types of CMD is provided here. More information about the different types of CMD and their genetic background is also available on the website of the advocacy organization Cure CMD.

To find out more about care standards for CMD please click here.

The International FKRP (Fukutin-Related Protein) registry collects data from patients worldwide affected by a mutation in the FKRP gene. Most patients with this type of mutation have a type of limb girdle muscular dystrophy known as type 2I (LGMD2I), but FKRP mutations may also cause a form of congenital muscular dystrophy (CMD) known as MDC1C, and in rare instances the diseases known as Muscle Eye Brain (MEB) disease and Walker-Warburg Syndrome (WWS).

The Congenital Muscular Dystrophy International Registry (CMDIR) was created by the patient advocacy group Cure CMD to identify the global CMD population for the purpose of raising awareness, improving standards of care, accelerating clinical trials and in the future finding a treatment or cure. Individuals with all forms of CMD can register in the registry.

The registry includes demographic, disease-specific and diagnostic questions.  It has online help and genetic counselors you can access if you have questions.  If you do not yet have genetic confirmation of disease, CMDIR counselors can help you find a lab to determine the genetic mutation. 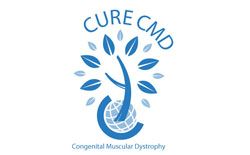 In preparation for the first CMD Therapeutic Target Conference in July 2009 organized by Drs. Carsten Bonnemann and Anne Rutkowski (Cure CMD), an animal model working group pulled together preliminary data for one of the conference focus areas: CMD animal models. This list represents the existing CMD animal models as of July 2009 with several recently made animal models soon to be published. The 2½ day conference funded by NINDS, NIAMS, ORD, Cure CMD, MDA, Debiopharm and PTC Therapeutics brought together an international group of scientists and clinicians to discuss CMD pathophysiology and targets.