The MD-NET was established in 2003 as an interdisciplinary network bringing together experts from different areas to collaborate on muscular dystrophy research.

The MD-NET has achieved to set up two controlled clinical trials with a participation of 15 national and 2 international clinical centres; establish linkage analysis and mutation analysis for all known and some candidate loci responsible for muscular dystrophies; make considerable progress in molecular therapeutic approaches; and establish study groups and service structures for muscular dystrophies.

The MD-NET has established 5 service structures, which form the backbone of the network. Research into muscular dystrophies is coordinated and facilitated by the Muscle Tissue Culture Collection, the Centre for Microsatellite analysis, the Central facility for the sequencing of genes involved in muscular dystrophies, and the Coordination Centre for Clinical Trials. The MD-NET service structures are now well known beyond the national borders and the Muscle Tissue Culture Collection is already part of a European network (Eurobiobank). With the foundation of the MD-NET existing national and international collaborations have been optimised and extended. The two controlled clinical trials of the MD-NET have strengthened the collaborative effort. R17, a controlled clinical trial on Immunosuppressive Treatment in Duchenne muscular dystrophy, started as a multi-centre trial with the involvement of 8 participating clinical centres. Subsequently, centres from Switzerland (Basel) and Austria (Vienna) have joined the trial. The network coordinators and participants have promoted the idea of a collaborative network and raised awareness for the MD-NET and its service structures at a national and international level. In particular, the muscle tissue culture collection in Munich (S1) and the diagnostic service structures (S2) are accessed increasingly at an international level too.

The MD-NET coordinators and project leaders participated in a large number of national and international scientific conferences acknowledging the support and importance of the MD-NET for their research. The increasing international aspect of MD-NET activities and the high regard with which it is held by its participating member is also reflected by the fact that several of the founding members maintain close links with the MD-NET although they are now working abroad. In order to strengthen the MD-NET efforts to extend a German centre for trials in muscular dystrophy (S3) to a Europe-wide level, we closely collaborated with the European Neuromuscular Centre (ENMC).

Dr. Christine Scholz is MD-NET project co-ordinator since September 2009 and responsible for operative management of the network. 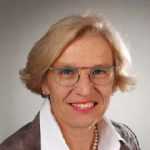