Progena was founded in 2006 by the parents of a Duchenne boy. When they had to come to terms with their son’s diagnosis, they didn’t find much help from existing infrastructures, whether public or private. They thus decided to create a foundation to raise funds for research into rare genetic diseases in children and help and support the families of affected children.

Progena also tries to collaborate with the various associations in Switzerland, in order to concentrate the efforts and aim into a common direction. This is not an easy task, as Switzerland is divided into 4 different language regions, with as many different ways of approach.

Progena’s aim is to unite the interests of all affected individuals and to create a professional and efficient structure in terms of fundraising and support to families. Progena works in close relationship with most fundraising organisations in Switzerland, which are active within the general public. However, Progena wishes to extend fundraising to medium sized and large corporations in order to obtain sustainable funding over the whole year and not only at one specific period.

The local commitments of Progena…

Parents of children who suffer from rare genetic diseases undergo huge changes in their everyday lives. They often need help with challenges such as integration at school, logopedics, ergotherapy, physiotherapy, auxiliary means, nutrition, and adapting the household. To help parents find answers, support and especially understanding about all these issues, Progena started meeting evenings in 2008 for parents who have children who suffer from neuromuscular diseases.  These evenings serve as a forum where parents can meet and talk with other parents. Occasionally, specialist speakers (scientists, doctors, social workers…) are invited to share views with the parents. 3 to 4 meetings are organised each year for each group of parents and are considered very successful. Progena also runs a website where the latest information is published and updated regularly: www.progena.ch

…and the international commitments

Due to the character and rare incidence of these diseases, it is absolutely essential to join forces and act across borders to find a common solution to fight and eventually treat these diseases. Progena represents Switzerland within larger associations and organizations in Europe. Progena is hence a member of UPPMD – United Parent Project Muscular Dystrophy – which brings together national organisations of parents with children suffering from DMD.  Progena is also member of TREAT-NMD, a network created and financed by the European Commission in 2007. Its main objective is to establish therapeutic treatments and to accelerate the availability of treatments for patients suffering from neuromuscular diseases. Progena is also supporting TREAT-NMD by translating brochures into French for the benefit of French speakers worldwide.

Clinical trials for rare genetic diseases are currently being set up both in Europe and the US. Through national registries, each country needs to ensure the participation of patients who could potentially benefit. In 2008, a national registry for patients suffering from SMA and DMD/BMD was established in Switzerland under the supervision of Doctor Pierre-Yves Jeannet, Neurological Pediatrician at CHUV in Lausanne, and Doctor Andrea Klein, Neurological Pediatrician at the Children’s Hospital in Zurich. From the outset, Progena has contributed financially to the Swiss Patient Registry project, ensuring that Swiss patients participate in these crucial clinical trials in Europe and elsewhere. Progena not only finances this type of project but also raises awareness in order to access public funds. New projects are coming along in the next months and are currently under evaluation.

Robert Palm is the President of the Swiss Foundation Progena, which was founded in 2006 shortly after his son was diagnosed with Duchenne. When they h … 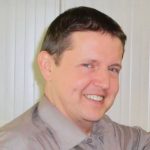