Welcome to our April Newsletter for all the latest TREAT-NMD news and events as well as updates from the neuromuscular community.

Articles in this edition...

The TREAT-NMD Advisory Committee for Therapeutics was thrilled to host an in person meeting from the 22nd to the 24th of April in Bari, Italy.

TACT provides expert, multidisciplinary and independent guidance on the translation and development path of therapeutic programmes in rare neuromuscular diseases from either industry or academic groups.

The committee were delighted to welcome four separate applications over the 3 days from industry groups.

The TACT core committee and secretariat put together a bespoke panel of experts to advise each applicant on how they felt they could best proceed with their therapeutic programmes. Confidential reports detailing this will be provided within 6 weeks of the meeting.

After 2 years of meeting virtually, we were very excited that we could once again, meet in person and enjoy the benefits of face-to-face interaction – between colleagues on the panel and with the applicants themselves.  Going forward TACT hopes to introduce a hybrid model of a mix between virtual and in person meetings allowing for more flexibility. The next meeting is planned to be virtual in the Autumn of this year and then in Philadelphia, USA in spring 2023.

We do still have limited availability for applications to these meetings, so please get in touch if you would like to consider going through a TACT review and receiving the expert committee’s advice. TACT can benefit academic or pharma-led groups from pre-clinical stages through to all phases of clinical trials. You can read more about TACT here.

For more information on the TACT review process or to submit or discuss an application for advice, please contact the TACT Coordinator, Cathy Turner, or TACT support, Laura Robertson. 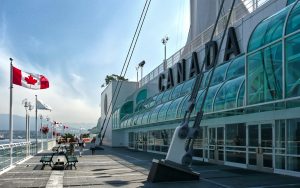 7-9th December might seem far away, but it will be here in a flash!

The 7th International TREAT-NMD Conference which will be a fantastic opportunity for patients, academics, clinicians, patient registry curators and industry representatives, indeed all TREAT-NMD stakeholders, to get together to network, learn and exchange ideas about translational research.

With sessions covering such topics as ‘Living with NMD: practical considerations and QOL’ to ‘Global Neuromuscular Care and Access to Treatment’ alongside ‘Emerging Therapeutics options in NMD’ and ‘Patient Engagement’ to name a few, this carefully crafted programme aims to highlight the key issues and give a platform for discussion, and we want you to be there to take part. Get the date in your diary and reserve your ticket now! 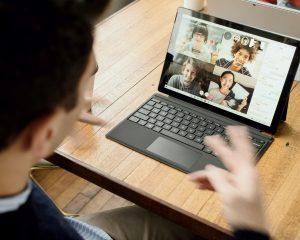 The LGMD Australasia masterclass on the 11th & 12th May 2022 is almost upon us and TREAT-NMD have a fantastic programme of expert speakers preparing to deliver informative presentations and workshop sessions to delegates across this global region.

Applications are still open, so if you are a medical professional involved in the diagnosis and treatment of patients with LGMD and live in this location then why not apply today to secure your space at our free 2-day online masterclass event.

On June 28th 2022 we will be holding a TREAT-NMD Expert SMA Education Event. This event is an expert-led update on developments in SMA delivered by Natalie Goemans, Laurent Servais, Eduardo Fidela and Emanuela Abiusi.

The 2-hour online event is free to attend for healthcare professionals working with SMA patients on a regular basis. Places at this event are limited as this event is a prerequisite to the face-to-face TREAT-NMD Expert SMA Masterclass event to be held in Europe in 2023 (details TBC). Applications are open now, register here to secure your place! 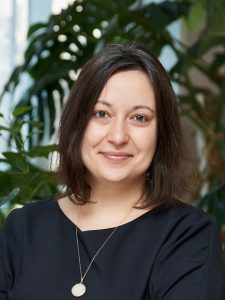 We would like to welcome the newest member of the TREAT-NMD Education Committee, Olga Germanenko.

Established in 2018, the TREAT-NMD Education Committee (TEC) is a board of experts (academics and patient representatives) who are affiliated with TREAT-NMD and have an interest in the education events and materials that TREAT-NMD produces. This group has overall responsibility for overseeing the quality, independence and appropriateness of all educational materials and activities created by, linked to, or endorsed by TREAT-NMD.

We were thrilled to have Olga join the TEC in February this year. Olga’s  daughter has SMA type 1 and at the time of  birth in 2008 there was no information on prognosis and any attempts to find such information and support on SMA in Russia were unsuccessful.  This lead to Olga wanting to share her experience of dealing with SMA and the information that she collected on the disease to help other families in similar situations. In 2014, together with other families, she founded a patient non-profit organization called the SMA family foundation Russia.

SMA Family Foundation Russia, is a non profit organization that supports and empowers families affected by Spinal Muscular Atrophy.  It’s aim is to advocate for better services, treatment and care for those living with SMA.  It also seeks to raise public awareness about the disease. The organization is building strong foundations for the SMA Community to improve the quality of life for individuals with SMA and their families.  The aim being to fulfil the strong need for information and best care practices, as well as to promote the development of medical and non-medical care for patients with SMA. The foundation also maintains the registry of SMA patients in Russia.

Each year they hold Annual SMA Conference as well as lots of different educational activities for both patients and healthcare professionals. 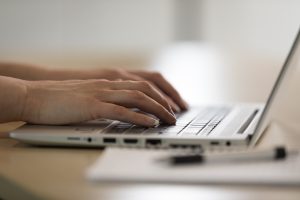 Thirteen registries have now implemented v1.2 of the DMD dataset; eight by implementing the dataset into their current data collection platform and five by adopting the GRP. We’re engaging with registries in the USA, Spain, Colombia, UK, Italy & other countries as they move toward adoption of the dataset.

The LGMD dataset project team continues to engage with registries  and this month calls have been held with registries across Europe and Asia to support their implementation of the new dataset.

We have recently secured the services of a language translation provider. If you feel that this would be useful for your registry, please get in touch and we can look into how we can support your implementation of the new dataset,

If you’re considering adopting the expanded core dataset, please don’t hesitate to get in touch. We will set up a Zoom call at a mutually convenient time to discuss your registry’s needs and the support we can offer. This includes:

We look forward to meeting registry curators in person at some of the conferences and events planned for 2022.  To discuss anything about these projects, please contact the DMD/LGMD Dataset Project Manager, John Mckenna. 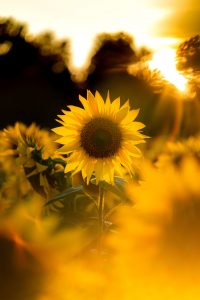 The Big Sunflower Project was established by Toni Abram in 2011 to raise awareness of the rare inherited neuromuscular conditions known as centronuclear and myotubular myopathy (CNM and MTM). Toni set up the project after she was diagnosed with centronuclear myopathy, along with her father Mike.

CNM and MTM manifest themselves as defects in the cell structure of voluntary muscles, causing low muscle tone and affect children and adults at various stages of life.

The Big Sunflower project asks people to grow a sunflower and share their sunflower photos on social media with an aim to raise awareness of these conditions.

Toni says ‘I have always loved the way that sunflowers grow to such dizzy heights, as if they are on a mission to touch the sky and nothing can hold them back. It occurred to me that many charity fundraising/awareness raising type projects involved people doing something physical – being sponsored to run, swim, climb or bicycle, something that even I, although ambulatory, would not be keen to do. However popping a seed in a pot and nurturing it for a few weeks was something most people could do, whatever their physical ability and that was very appealing to me, because it meant that those diagnosed with centronuclear and myotubular myopathy could take part too.’

Since the project began, sunflowers have been grown at schools and nurseries, by charities, community groups, groups that work with disadvantaged people and at youth groups, as well as by people affected by centronuclear and myotubular myopathy, To date participants have joined the project from across the UK, Ireland, the Isle of Man, the USA, the Middle East, Costa Rica, Argentina, the Philippines, Australia, New Zealand, Germany, The Netherlands, France, Croatia, Hungary, Sweden, Austria, Lithuania, Greece and Poland.

Could you grow a sunflower to raise awareness of centronuclear and myotubular myopathy too? Taking part is easy:

1. Buy a packet of sunflower seeds.
2. Plant a seed in a sunny spot, water regularly and watch it grow.
3. Take a photo of your sunflower and share on social media using #TheBigSunflowerProject. 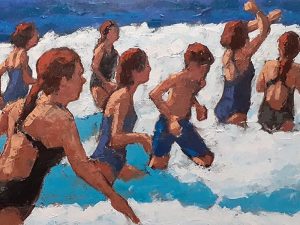 Perceptions – Life with Muscular Dystrophy is a one night event  capturing the figurative form through an eclectic range of original art.

The event will take place on the 21st of May at the Scottish National Portrait Gallery in Edinburgh.

The evening brings artists from across Edinburgh , selling original work in an eclectic mix of figurative, landscape, abstract, magical realism with some of the pieces reflecting the artist perception of muscular dystrophy all of whom have worked with the same female model living with FSHD .

Entry is free with a donation at the door. Donations will benefit MDUK. 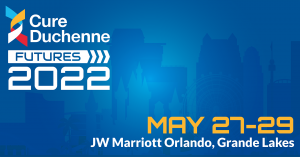 The CureDuchenne 2022 FUTURES National Conference is a hybrid event which will take place in Florida from the 27th to the 29th of May.

The conference focused on bringing education, resources, and connection to the Duchenne community in a family-friendly environment. This year’s conference agenda and special events will focus on Building Community. CureDuchenne will be offering insightful and interactive presentations on a variety of relevant topics, an Exhibitor Showcase, social events for the whole family, e-Gaming experiences, and more.

Featured key note speakers include Justin Skeesuck and Patrick Gray who will share their incredible 500-mile wheelchair journey across northern Spain on the Camino de Santiago.

Registration is now open and it is free to attend virtually and for adult individuals with duchenne and children under 16 years of age to attend in person. 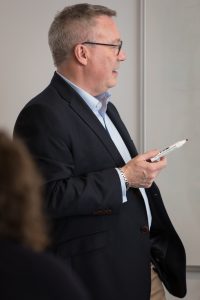 For information on upcoming conferences, events and rare disease days please visit the events section of our website. If you wish to notify us of an event that should be included in our listing, please complete the event form.