Roseline joined NOVAMEN as FP7 Consultant in 2009. At NOVAMEN, Roseline is specialised in the management and set-up of European research projects. Since she graduated from Sorbonne University in 2003 (Master in Geopolitics, Paris, France), she has developed expertise in international cooperation and economic development issues, especially in Africa, European public policies, management of international cooperation and research projects.

Roseline first acted as a researcher in Geopolitics for a French public body (High Council for International Cooperation) and a NGO (French Doctors Médecins du Monde) on topics related to irregular migrations and post-conflict reconstruction. She thus specialised as researcher and project manager in the field of Mediterranean economic development in a French think tank (IPEMED) before starting being involved in international and European collaborative research projects (in FP6 and FP7) through the coordination of two main projects aiming at strengthening research cooperation between Europe and sub-Saharan Africa (EuroAfrica-ICT). 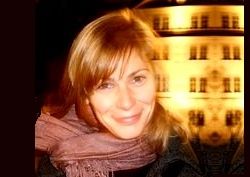