Professor Dame Pamela Shaw is Professor of Neurology at the University of Sheffield and Director of the Sheffield Institute for Translational Neuroscience (SITraN), one of the world’s leading centres for ALS/MND research.   She is a Clinician Scientist in Neurology and formerly a Wellcome Trust Senior Fellow in Clinical Science. Since 1991 she has led a major multidisciplinary programme of research investigating genetic, molecular and neurochemical factors underlying neurodegenerative disorders of the human motor system.   She has authored morethan 400 publications of original research (Google Scholar H-index 73), reviews and book chapters and has editedseveral books on ALS/MND.  Her research is funded by the Medical Research Council, the Wellcome Trust, NIHR, the MND Association, the European Union and biotechnology & pharmaceutical industry partners.
For the last 8 years she has led the Clinical Studies Group for ALS/MND within the NIHR Dementia and Neurodegenerative Diseases (DeNDRoN) clinical research network which links 19 ALS/MND Care and Research Centres and has developed a network of 10 UK centres experienced in ALS clinical trials. Prof. Shaw has taken part in more than 15 ALS clinical trials, including roles as UK Chief Investigator and Steering Committee member  and also including several academic led studies.  She is an active member of the European Network for the Cure of ALS (ENCALS).  She has been the recipient of the following awards:  American Academy of Neurology Sheila Essey Award for outstanding research contribution into amyotrophic lateral sclerosis/ motor neuron disease (2001);  UK Royal College of Physicians Jean Hunter Prize for research into nervous disorders (2006);  the International ALS/MND Forbes Norris Award for excellence in research and compassion in clinical care (2007);   UK NIHR Senior Investigator Award (2013);   Dame Commander of the Order of the British Empire DBE for services to Neuroscience (2014);  UK ACCEA Platinum Clinical Excellence Award (2014). 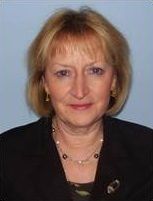