Oliver has also worked in the field of computational biology since 2001 (following a PhD in mathematics), and has broad experience in the analysis of genomic and post-genomic data e.g. microarrays,qPCR, RNA-seq, exome sequencing, proteomics, cell-growth assays.

Since 2008, Oliver has been part of a Senator Paul D. Wellstone Muscular Dystrophy Cooperative Research Center which foucuses on fascioscapulohumeral dystrophy (FSHD) research. This center,directed by Charles Emerson and Louis Kunkel, is a collaborate effort involving researchers at the University of Massachusetts Medical School, Childrens Hospital Boston and the Kennedy Krieger Institute in Baltimore, as well as the FSH Society and industrial partners. Oliver’s role in the center is that of statistical modeling and analysis of data from various projects, with the goals of biomarker discovery and validation, evaluation of animal models and evaluation of potential therapeutics.

Oliver’s other research interests include automated behavioral profiling of mouse disease models,and the role of prion-like protein misfolding in ALS and other neurodegenerative diseases.

Introduction to TACT Annamaria De Luca, as TACT chair, is leading this exciting initiative with the support of the TACT core, nominated committee memb … 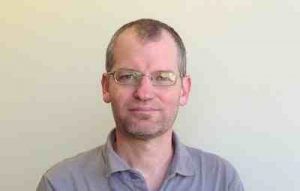