Dongsheng Duan, Ph.D. is the Margaret Proctor Mulligan Professor in Medical Research at the University of Missouri, School of Medicine, Department of Molecular Microbiology and Immunology.  Dr. Duan is a fellow of the National Academy of Inventors and a fellow of American Association for the Advancement of Science (AAAS).

He has made many seminal contributions in the field of gene therapy, in particular, in the development of the adeno-associated virus vector and Duchenne muscular dystrophy gene therapy.  He is the recipient of American Society of Gene Therapy Outstanding New Investigator Award in 2006.  He also received Spurgeon Distinguished Medical Research Award in 2004, Chancellor’s Award for Outstanding Research and Creative Activity at the University of Missouri in 2009, Honorary Medical Alumni Award in 2017, and Excellence in Research Mentoring of Trainees Award in 2017.  Mizzou 18 Honored Mentor in 2021.

He has published more than 180 research articles and edited/co-edited three muscle gene therapy books.  His papers have been cited more than 11,516 times (H index: 57; i10 index: 141).  He serves as an associate editor for Human Gene Therapy, Frontiers in Physiology, and Frontiers in Genome Editing.  He is also on the editorial board of Molecular Therapy, Gene Therapy, and Current Biotechnology.

Introduction to TACT Annamaria De Luca, as TACT chair, is leading this exciting initiative with the support of the TACT core, nominated committee memb … 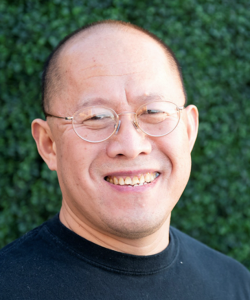