Dr. Christine Scholz is MD-NET project co-ordinator since September 2009 and responsible for operative management of the network. Her qualifications are in Social Sciences, Public Health and Human Genetics. She started her career in scientific writing on patient drug use in particular during pregnancy. In 1984 she moved on to the Department of Medical Genetics, Children’s Policlinic at Munich University with responsibilities to research and teaching in the fields of coping strategies and compliance research (concerning prenatal diagnosis, doctor-patient-relationship, genetic counselling).

From 1994 to 2006 she served as Executive Director of Professional Association of German Geneticists (BVDH), the national professional lobby organisation. In this position her major achievement was the implementation and co-ordination of Human Genetics Quality Network which serves as a model for similar initiatives, in particular in the field of rare diseases throughout the European Union today.

Since 2007 she is Executive Managing Director of German Society for Human Genetics (GfH). For over twenty years Christine has been managing editor of “medizinischegenetik” (today published by Springer), a scientific German language journal of three Human Genetic Societies in Germany, Austria, and Switzerland. Starting from a solid knowledge base in publishing, she is responsible for planning focus issues, supervising peer reviews, and business development at the interfaces of science, industry and patient groups in different countries of Europe. She is also involved in the development of European-wide quality standards for diagnostic and treatment of diseases with major genetic components. 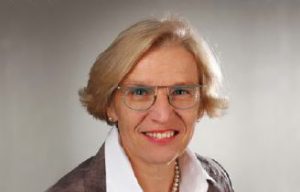