Alesandra Ferlini is a professor in medical genetics, director of the Medical Genetics section at the University of Ferrara (Italy), and coordinator of the EU funded BIO-NMD project. Her experience is in genetics of muscular disorders, and leads both research and innovative molecular diagnosis projects.  Within the context of the EU, she is member of TREAT-NMD ethical committee, of the European NeuroMuscular Centre , and partner of the NMD-CHIP EU project. She is granted by the Telethon Italy and other National funds.

Associate Professor at the University of Ferrara/Italy, born in 1958 in Bologna (I), married, one son. She graduated in medicine and surgery at the University of Bologna in 1983. She specialized in Neurology (1988) and Medical Genetics (1993) at the Universities of Bologna and Ferrara. In 2002 she achieved a PhD in Genetics at the Imperial College School of Medicine in London (UK). She is Director of both Unit (Hospital) and Section (University) of Medical Genetics. As part of her professional career she has accomplished profound research experience at the Universities of Bologna, Padova, Milan and Modena. In 1995 she moved to London where she worked as Senior Research Officer at the Hammersmith Hospital, Neuromuscular Unit, Department of Paediatrics. In June 1999 she returned to Italy.

For many years already her special interest and major research effort is concentrated on dystrophinopathies and hereditary neuromuscular pathologies. Distrophinopathies are hereditary diseases caused by heterogeneous mutations in the dystrophin gene. Aim of the actually conducted research is to identify the processes which determine the regulation of expression of this specific gene, particularly referring to the process of splicing and its modulation. Her research team is studying in vitro and in vivo systems to modulate mutations of the gene with antisense oligonucleotides while using new systems of release. Furthermore the team is in charge with the definition of the RNA profile of various pathologies neuromuscular and the identification of molecular markers. For a number of years already she is also part of the Italian Research group on Collagen VI myopathies that has recently published relevant dates on new clinical trials. She is also member of several European research groups that in particular are studying new therapeutic approaches of dystrophinopathies and other neuromuscular pathologies as well as innovative aspects of molecular diagnostics. She is provided with all ethical aspects referring to medical genetics and the therapy of genetic diseases. She is member of the Project Ethical Committee of the TREAT-NMD NoE, of group of genetic quality control at the Institute of Health (Italy), and of the key group of Medical Genetic Coordination of the Regione Emilia-Romagna (Italy).

She published more than 120 scientific articles in international magazines (reaching a total impact factor of 450).

Her personal interests are characterized by a great passion for music and sports.

Since 1990, Telethon research aims at moving towards goals that get closer and closer to achieving cures for inherithed neuromuscular diseases and oth …

The University of Ferrara is one of the oldest in Italy and was founded in 1391 by Marquis Alberto V d’Este, with the permission of Pope Boniface IX. …

The TREAT-NMD Ethics Board identifies and examines ethical and social aspects of research taking place in the context of TREAT-NMD. 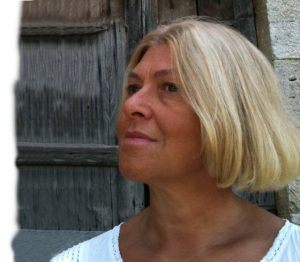